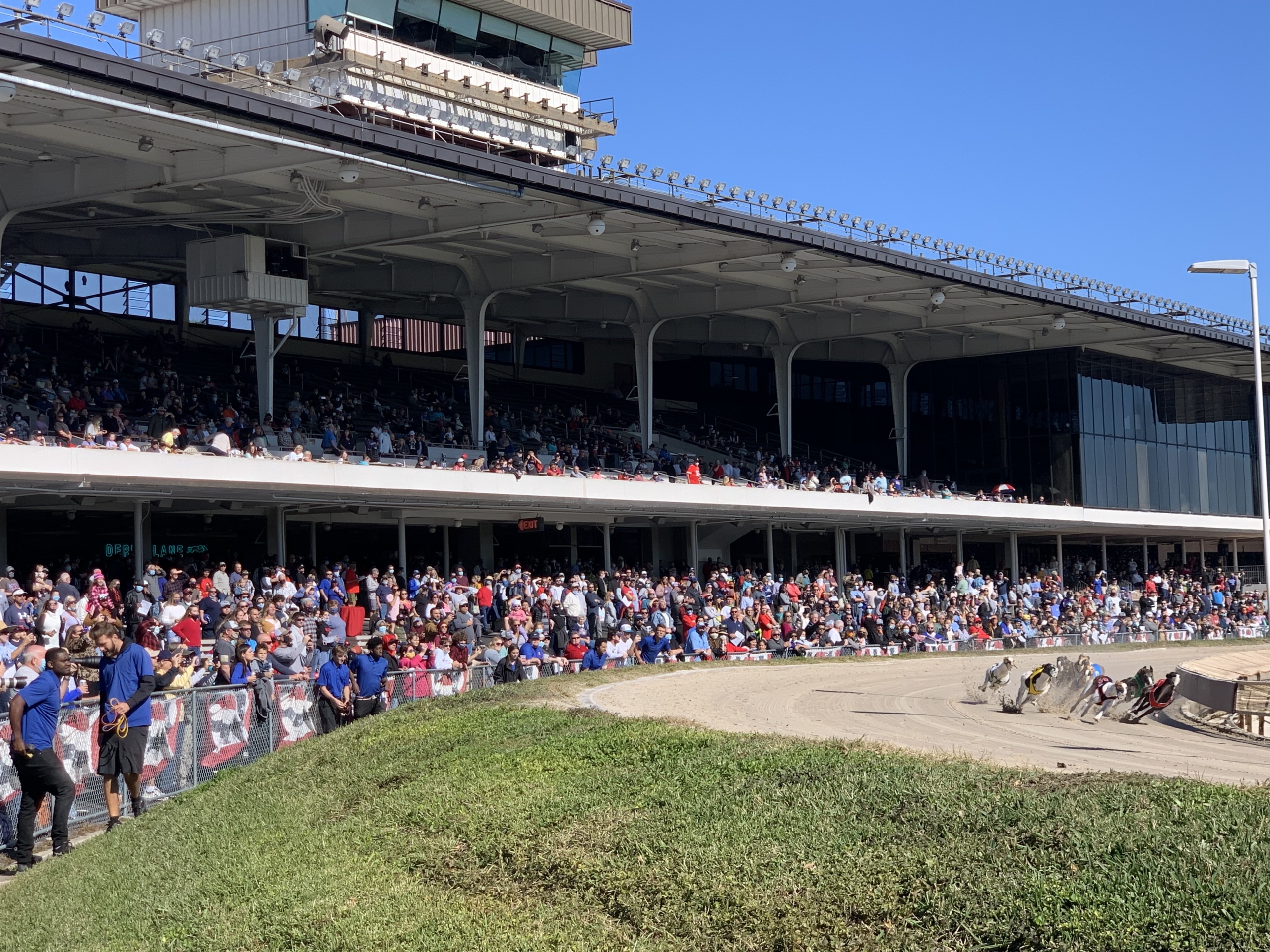 As post 4 “Bug Brush” came dashing across the finish line in West Palm Beach seconds before the midnight deadline on New Year’s Eve as the winner of the race, greyhound racing in the state of Florida officially came to an abrupt end after a 95-year history.  As a pari-mutual wagering event (such as jai-alai and horse racing), the industry was forced to shut down from a 2018 constitutional amendment that has now outlawed it.   Thousands of people were in attendance enjoying the mild weather, enjoying the midnight fireworks and celebrating the New Year’s arrival, they knew that this was it.  No more greyhound racing in the state of Florida.

Greyhound racing has a history dating back nearly 150 years ago.  The first recorded attempt at racing greyhounds was made beside the Welsh Harp reservoir in Hendon England in 1876.  The track was straight and the “experiment” was a failure.  The industry then emerged in the recognizable modern form by featuring circular or oval tracks with the invention of a mechanical rabbit or hare.   Developed by Owen Patrick Smith in 1912, races were staged using a mechanical lure.  In 1919, O.P. Smith opened the first  professional dog racing track – complete with stands in Emeryville, California (near Oakland).  The Emeryville arena was torn down in February of 1920 to make way for the construction of the first greyhound racing track with the first race held on  May 29, 1920.  Smith was against the killing of jack rabbits and thus came up with the mechanical ones and  envisioned “greyhound racing as the way we see horse racing”.  A certificate system of betting led the way to parimutuel betting in the United States in the 1930s.

On last Sunday, St. Petersburg’s legendary Derby Lane ran its last races before a near-packed house of an estimated 8,000 spectators.  A brass band entertained the crowd who were also given two free specialty craft beers made by a local brewery.  Betting lines and food and drink concessions were long, likely dampening what could have been a huge final performance as far a handle goes.  St. Pete and West Palm Beach were the last two remaining tracks to operate till the laws took over and shut it all down.

What’s in store for greyhound racing in the future?  In 2021, only four tracks will remain open in three states – Arkansas, Iowa and West Virginia.  Eventually, West Virginia will be the last state to offer dog racing as the other two states are eventually phasing out by the end of 2022.  There are two tracks in WV that will remain open.  Like, jai-alai, betting at the dog tracks have plummeted.  At its peak in 1991, over $3.5 billion dollars were wagered across 19 states.  By 2018, that number was well below $500 million.  Greyhound racing is now illegal in over 40 states and one will have to wonder how that last state will survive with the dwindling number of greyhounds getting breed.

Palm Beach Kennel Club going out in a Blast