America’s first and only public jai-alai court is about to get some massive renovations.  The St. Petersburg, Florida jai-alai court opened to the public in 2008 as the first accomplishment done by the NJAA.  However, the cancha was criticized by some as not being large enough.  A real pro court is usually at least 175 feet long, with 40-45 foot high walls and a width about the same.  But nobody will build a court that big, as courts need to be sized to the ball being used.  The pro courts, like the one at Dania, has a front wall made out of granite of about 18” which is required to withstand the pelota being used.  The real jai-alai ball has a core that consists of Brazilian virgin de pola rubber,  then layered with nylon and finally is hand-stitched with two goat skin covers.  It is the hardest ball of any sport.  A court today would likely cost upwards of $1.5 million alone.

Most amateur courts are in the 30-meter range, with the N. Miami, Berlin Connecticut and under construction J Laca Court all around that size.  Two balls are basically used by all amateurs – the hard white plastic ball, and the “Matt” ball.

Currently, the Puryear Park court in St. Pete is only 83.5 foot long, with a front wall 16 feet high, a side wall of 14-foot, and a back wall of just 10-foot.  About 18 months ago, the NJAA, lead by Paul Kubala, Eric Lanctot and Scott King, submitted plans drawn by fellow player Anthony Sutton of Point West Engineering for improvements to the St. Pete cancha.  On Monday, word got out that a Purchase Order has been issued with someone from the City of St. Petersburg on the court checking it out.

The massive improvements include knocking down the front wall along with all the fencing and netting that separates the main court from the 3 mini-courts.  Beyond the front wall are three additional walls which were originally used as racquetball/tennis practice courts but have been officially part of the jai-alai complex since 2007.  By knocking down the front wall, the goal is to extend the court an additional 20 feet or so by using the next wall.  About 20 feet separate the each of the three mini-courts.  Of course, with the longer court, the walls will need to go higher.  The plans now call for extending the height of the front wall from 16-feet to 20-feet.  The side wall would be extended another 6-feet to 20-foot tall while keeping the “Scott King” 4-foot extension wall at the top.  The back wall would gain 6 feet to go from 10-foot to a 16-foot high wall.  The court length will increase to about 103 feet long.  The walls width will be enlarged also.  Currently they are only 20 feet wide, while the court is actually 24 feet wide. The walls will get an extra 4 feet in width, matching them with the 24 foot wide court.

This new court will be close in size to the J Laca Court, now under construction on the other side of Pinellas county in Seminole Florida, and slightly smaller than the Matt court in Connecticut.   The improvements are dramatic and will make the playing experience an entirely new experience.

Funds for the project will be paid from the jai-alai court’s existing Weekie Wachie account which was set up in late 2007 to cover maintenance and improvements to the cancha.  A courthouse video of this approval can be viewed in the NJAA section of this website.  The Weekie Wachie Fund is earmarked for projects similar to the this.  Over the years, the NJAA has supplied almost all of the labor keeping the court safe to players and spectators.  The original court was paid with private funds donated by the NJAA.

We will keep you posted as more details are available. 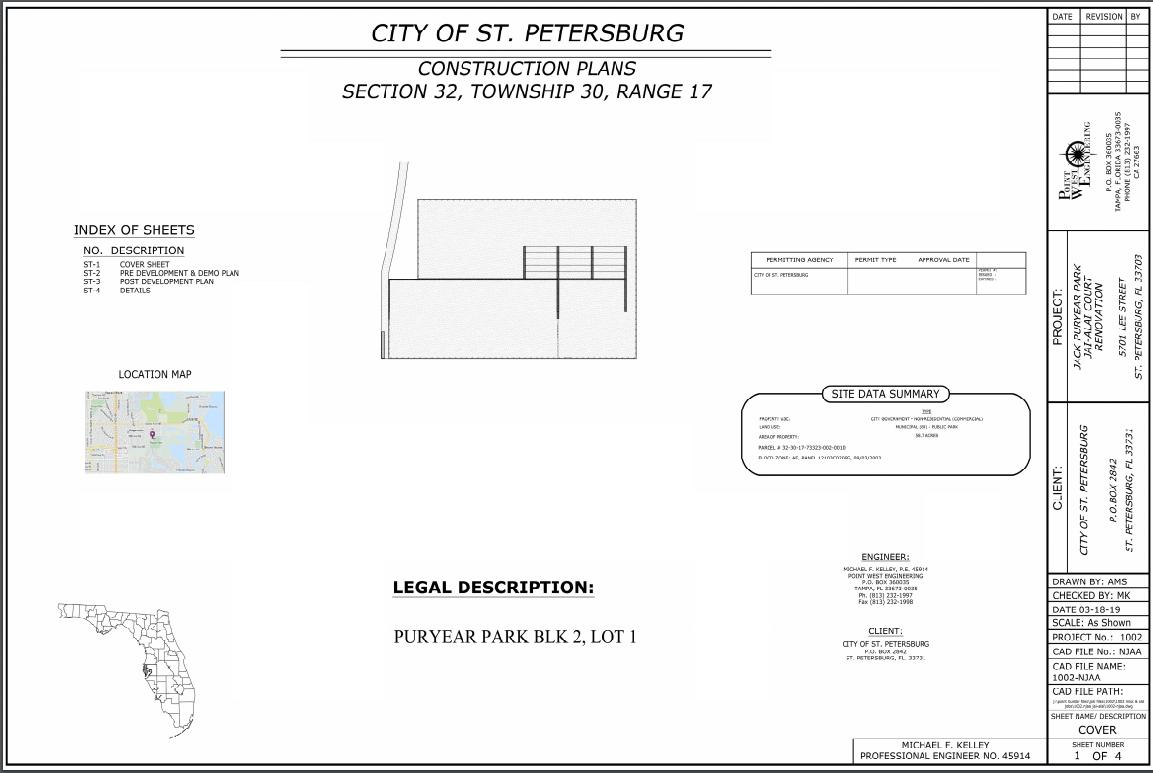